Why wastewater is becoming a valuable resource

With water scarcity around the world, the possibility to turn sewage into clean, reusable water has immense potential. For this, Alfa Laval’s membrane solution is both efficient and sustainable. 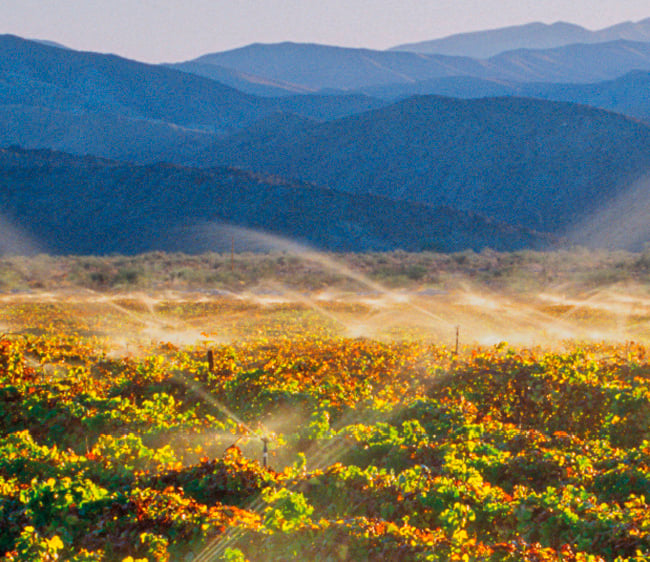 FROM CALIFORNIAN wineries to the ski slopes of southern Poland, wastewater is becoming a valuable resource at a time when access to water is increasingly under threat.

It takes nearly five litres of water to make a single bottle of Californian wine – and that doesn't even include what you use to grow the grapes. So, between late 2011 and 2014, when the state suffered its worst drought in over 1,000 years, local governments naturally turned to the winemakers as part of attempts to tackle what many saw as a looming disaster.

At one of the many wineries on the outskirts of Pasa Robles City, all of the water used in crushing, fermenting and bottling is now run through a membrane bioreactor (MBR), with the waste then used to irrigate grass and trees near the plant.

The push came from the local Paso Robles City government, which banned local winemakers from sending their wastewater to the municipal wastewater plant, which is not designed to treat water with such a heavy biological load of grape skin and juice.

Almost all of Paso Robles' largest wineries now have MBR systems installed. And according to Nick Gurieff, Global Sales Business Development Manager at Alfa Laval, this has made the area more resistant to future droughts. "It's not just for irrigation, it's also an indirect way of recharging the aquifers," he explains. "They can then reuse it to water the crops."

DROUGHT IS ARGUABLY the greatest single threat from climate change. According to a UN report released last year, about 500 million people already live in areas where water consumption exceeds the locally renewable water resources by a factor of two.

But even in rich countries, water shortages are a growing problem, leading to growing demand for MBR treatment systems. 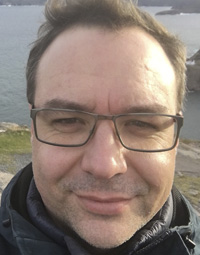 With climate change and changing rainfall patterns, there's a lot of stress on water resources, so the ability to reuse water where you can will be in much greater demand," Gurieff predicts. "Once we put a value on the water, we will see more pressure to invest in MBR.
Nick Gurieff, Global Sales Business Development Manager at Alfa Laval

AT A SKI resort in southern Poland, the same Alfa Laval membranes used in California are used to purify the sewage and greywater. Once the solids and other biological matter have been removed, membrane separation purifies the water and it is then used to make artificial snow in the winter, and for irrigating the grassy slopes in the summer.

The system has a double benefit: it both prevents the wastewater from being released untreated into local watercourses, as was previously the case, while it reduces stress on local water resources. And being a closed system, with no odour or noise, it does its work unnoticed close to the resort's unsuspecting guests. There are numerous other examples of similar systems playing a crucial environmental role around the world.

Back in the US, MBR-treated wastewater from a private housing estate is sold to the country club next door, where it is used to irrigate the greens on the golf course, recouping some of the treatment cost.

The water has no nutrients in it," Gurieff explains. "If they took it from the nearby creek, which has nitrogen and phosphorus in it, they would get algal blooms in their water features."
Nick Gurieff, Global Sales Business Development Manager at Alfa Laval

Water treated by MBRs is also ideal for use as a coolant in industrial processes, because the filtration removes all the biological matter and salts, cutting the risk of a build-up of limescale or biofilm. In Brisbane, Australia, purified domestic wastewater is used in the cooling towers of the local power station. In India, Galaxy Surfactants, a chemicals producer that already sends water treated by an Alfa Laval MBR system to surrounding villages, now plans to use it in its cooling towers.

Industrial use bypasses what Gurieff calls the "yuck factor". Many of his MBR customers are reluctant to publicize their reuse of recycled wastewater. "Everybody has this yuck factor," he explains. "But we need to overcome it with better education and knowledge of how safe these technologies are."

WATER COMING OUT of an MBR system is cleaner than what you would find in most rivers. "It's completely clean of any bacteria and pathogens," Gurieff stresses.

If more businesses were brave enough to actively promote their use of recycled water, he believes customers would start to see it as "a step forward into the future rather than a dirty secret".

Wastewater from MBRs, particularly if further purified with reverse osmosis – the highest level of filtration – can be used to wash fruit, or even for drinking water, as has been done in Singapore for many years. "It's a part of their big strategy of being water independent," Gurieff says. "They spent a huge amount of money on PR, and they've been very smart in not calling it 'recycled water'. It's 'new water'."

San Diego in California has borrowed this idea with its 'pure water' project, which aims to supply 110 million litres of recycled water a day to the city by 2021. Gurieff believes that in future MBR plants will be supplemented with reverse osmosis treatment to allow the same water to be used again and again for the same purpose.

Alfa Laval has over the last few years improved the energy efficiency of its modules by about 50 percent, countering the high energy use that has historically been the main disadvantage of MBR. "All of these places are in pretty sunny areas, so if you could start using solar cells, you could start closing the production loop," Gurieff says. He expects housing estates to recycle MBR-treated water for flushing toilets, washing vehicles and watering plants.

The next step for California wineries may be to use municipal wastewater on the vines themselves. Matt Thompson, Paso Robles wastewater resources manager told Wines and Vines magazine that the water would be "perfectly safe" for vineyard use. "The city does intend to recycle its wastewater," he said. "It's not 'if,' but 'when'." 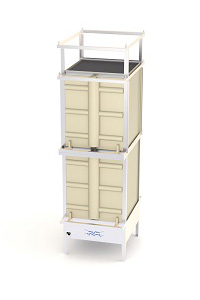 DROUGHT IS ARGUABLY the greatest single threat from climate change. According to a UN report released last year, about 500 million people already live in areas where water consumption exceeds the locally renewable water resources by a factor of two. A recently released World Bank report predicted that close to 150 million people could be forced to leave their homes over the next 30 years as a result of climate change, with drought the most pressing threat.

United Nations Sustainable Development Goals (SDGs) set the vision humanity needs to work towards, now it's up to businesses like ours to take us there. Read how we and our customers make a difference.